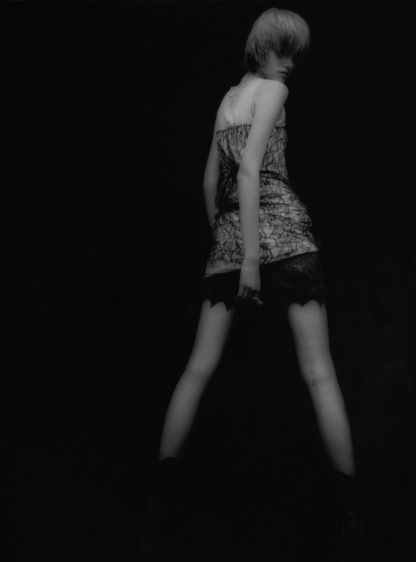 Michael Voltattorni is a fashion and advertising photographer based in Chicago. Michael's style incorporates architecture and interior elements to enhance his compositions.

Michael's images have be seen in local and national magazines including W, Bazaar, Allure, CS, and Chicago Tribune Magazine. He has been involved with advertising campaigns for Coca-Cola, Hubbard Street Dance Company, Ultimo, Jose Cuervo, Fashion Finder.com, Iomega, Fruitopia, 7-UP, and the Mirage Hotel. Michael has been involved in the Catalog industry as well, with clients such as, Sears, JC Penny's, Kohls and Fitigues. Michael has exhibited at the Museum of Contemporary Photography, and has two images in their permanent collection, he has been awarded the James Beard Award for his photography in Charle Trotters "Meat and Game" book.